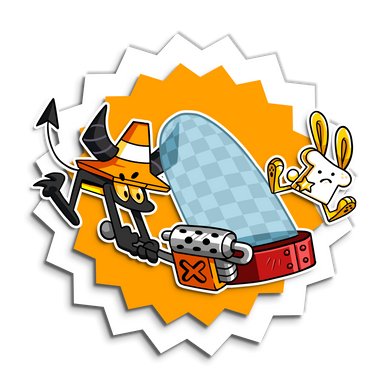 Every cartoonist worth their salt (salt is a very precious resource to cartoonists) has designed a set of creatures in the monster catching/collecting/battling theme. It can be a great exercise in character design and a lot of fun too.

Catcher Mall is my take on this genre. I have no aspiration to make it into an actual computer game (I've already got plenty of those in the ambition hamper) but by working to a game structure I'm able to work out concepts and features more easily.

In fact, Catcher Mall wouldn't even function like an obvious Pokemon style RPG, I see it more like Gotcha Force, a game where you actively play as the monsters and compose your team using points. That way, your favourite monster is always viable. If you love a really weak monster it won't be much use in a battle but it won't use many points either so you can always keep it around!

It takes place in a shopping centre (mall) which allows me to use a modern setting but also gives me a huge breadth of themes and concepts to work with, since almost every type of modern societal trapping exists in a mall.

I would argue that the most interesting and fun part of designing monsters like this is evolution. They grow and transform into something else which gives you the opportunity to iterate and build upon a  theme, while still attempting to tie it visually to its predecessor.

Catcher Mall's biggest hook, however, is blending. A number of monster training games have dabbled in the idea of fusion - taking two monsters and merging them together with the resulting creature retaining attributes of both - but no game so far has worked exclusively with fusion.

That's were Catcher Mall comes in! Monsters in this series can only transform by being blended with another monster and the new monster will be a combination of its parts either by feature, colour or theme.

By using a literal blender to mix monsters, I can present the combination in the form of recipe cards which, I believe, are accurately sized! 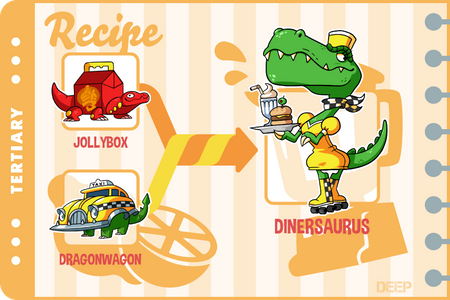 This works best with a few limitations:

The benefits of this project are that it allows to me to contiuously design new characters (probably my favourite part of being an artsit) without them having to be serving a purpose. When I'm making characters for another project, I can complete the cast when it is right to do so, and any leftover creative jucies can be expended here!

Another unexpected benefit has been that Catcher Mall is the perfect place to delve into my artistic past for inspiration. All the old characters and ideas that I don't use anymore, were one-offs or completely forgotten can be revived and retooled into a new monster design.

At Catcher Mall, no idea is turned away! 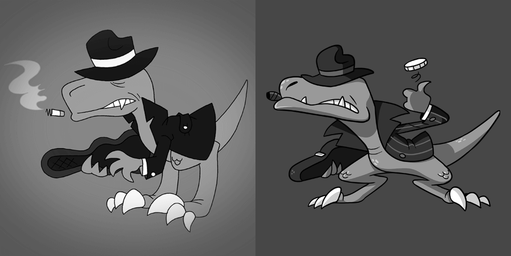 I currently have over two hundred monsters designed but sadly this website does not offer the proper tools to present them. A wiki would be ideal, but instead I can only group them in a few specific ways.

Please visit the Primary Monsters page to follow the best route through the blending process, or jump straight to the other ranks if you prefer!